Edinburgh, Scotland, UK. 5 March 2021.
Pictured: A plane flying over the Scottish Parliament saying #RESIGNSTURGEON
The Majority​, with the support of Scotland Matters, UK Union Voice and over 250 donors who contributed to a crowdfunding campaign, launches the ​#ResignSturgeon​ campaign, the first in a series of campaigns leading up to the Scottish Elections on May 6. The campaign starts with:
● Three digital billboards
○ Glasgow - Clydeside Expressway (access near Lidl on Castlebank St)
○ Edinburgh - Slateford Road (next to Jewson)
○ Aberdeen - Market Street (at Union Square)
● A #ResignSturgeon banner towed behind an aeroplane flying over:
○ The Scottish Parliament Building in Holyrood and Edinburgh City Centre (Friday, 5th
March: 12:45- 1:30pm)
○ Glasgow City Centre (Friday, 5th March: 3pm-4pm), weather permitting
The campaign is a message to Nicola Sturgeon to take responsibility for her Government’s catastrophic handling of the Alex Salmond Harassment Inquiry, which cost the taxpayer well over £500,000 in damages to Salmond plus hundreds of thousands of pounds more in Scottish Government legal fees, as well as the cost of the ongoing inquiry. Nicola Sturgeon hasn’t taken responsibility. She has not fired anyone. The whole of Scotland is talking about her collusion, corruption and cover-up, instead of health, education and jobs. She must resign so the country can move on.
The campaign message — ​#ResignSturgeon ​— is part of an ongoing grassroots hashtag campaign on Twitter that has had hundreds of thousands of retweets and responses and regularly appears on Twitter’s ‘trending’ lists of the social network’s most popular hashtags.
Credit: Colin D Fisher/CDFIMAGES.COM 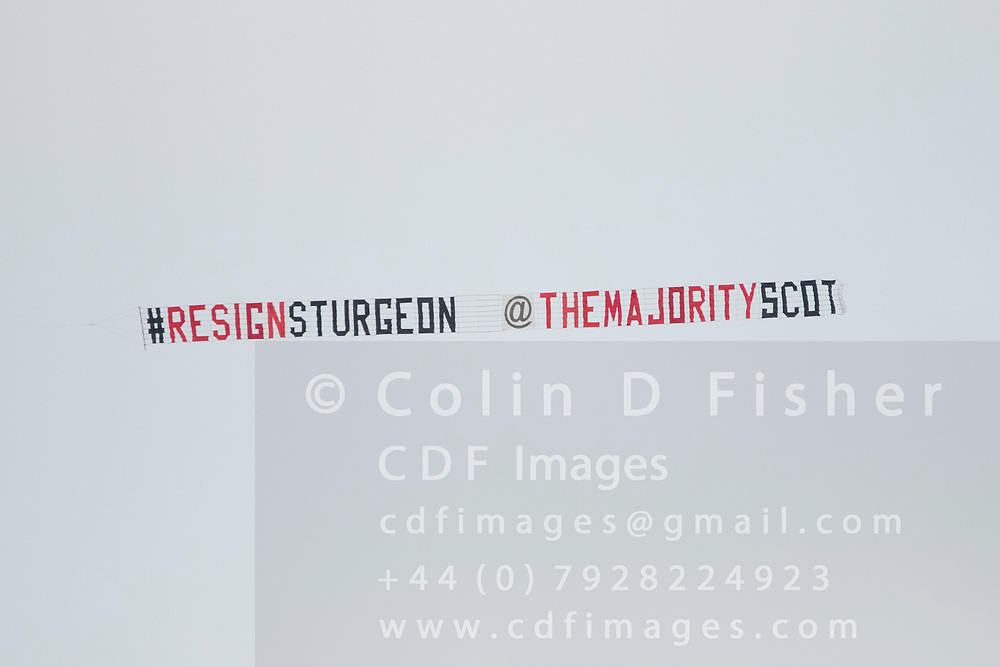