A number of leading All For Unity candidates assemble in Glasgow to unveil their election billboards. 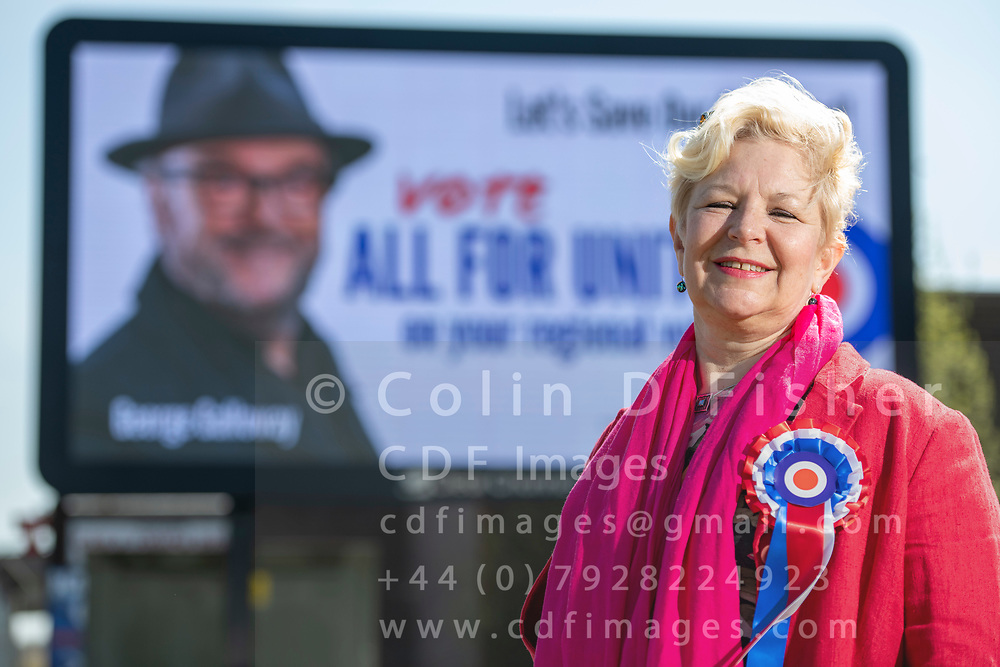