Glasgow, UK. 9 December 2019.
Pictured: Jackson Carlaw MSP - Interim Leader of the Scottish Conservative and Unionist Party.
In the lead to polling day on the 12th December, Scottish Tory Leader, Jackson Carlaw is seen campaigning with their new campaign trailer, “SHE’S HAD HER SAY, NOW YOU HAVE YOURS.”
Credit: Colin D Fisher/CDFIMAGES.COM

Pro-UK voters should “come together” in “knife edge” seats across Scotland to back the Scottish Conservatives, the party has said today.

Scottish Conservative leader Jackson Carlaw made the call as he launched a new ad van calling on voters in Scotland to “have their say” on Nicola Sturgeon’s relentless attempt to drag the country back to another divisive second independence referendum.

It comes with two full days’ campaigning to go before voting begins on Thursday.

Mr Carlaw says today that the party will be putting its efforts towards persuading voters from all political backgrounds to “lend” their vote to the Scottish Conservatives in order to stop indyref2.

Analysis of polling over the weekend has shown that tiny swings could be the difference between the SNP winning several seats or losing a handful.

“Nicola Sturgeon has had her say during this election campaign. She’s said she’d prop up Jeremy Corbyn in Number Ten, despite his unsuitability for the job. She’s made clear she’ll demand a second independence referendum as early as Friday. She has said she wants to hold that referendum next year, dragging us back to yet more division.”

“She has had her say, on Thursday we can have ours.” 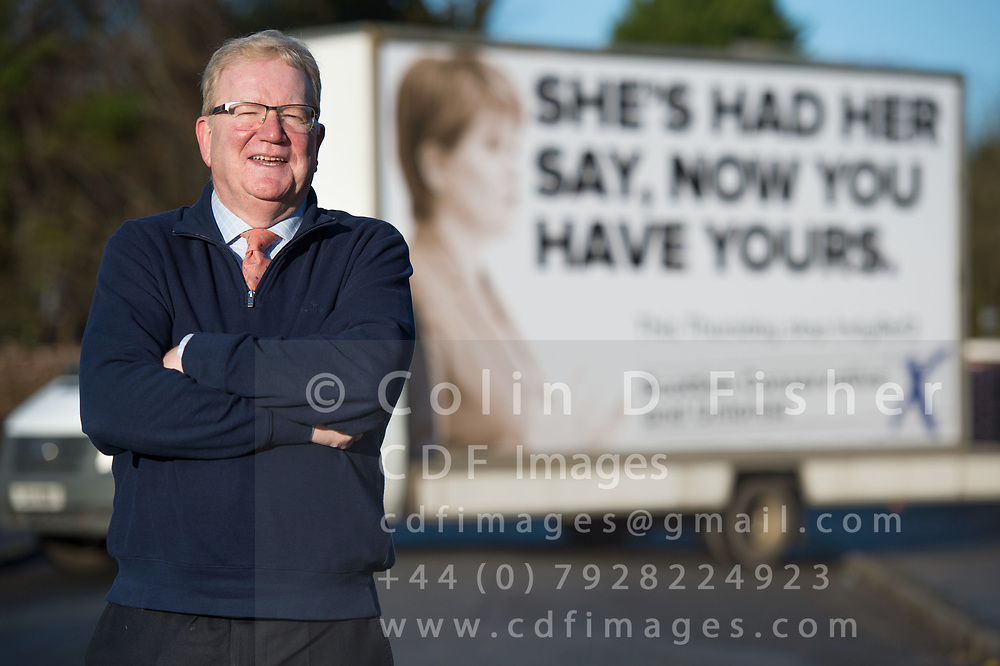