Glasgow, Scotland, UK. 20 July 2021.
PICTURED: Olivier Richters (the films evil character, seen on the left) and the films producer (centre, in white) James Mangold. He is a Dutch bodybuilder known for his imposing height of 218cm.
Filming on the set of Indiana Jones 5 in the middle of Glasgow city centre as the Hollywood blockbuster sets up Glasgow as New York City. A full production can be seen, with a large cast, producers and extras. The city centre has been changed so that all the shop fronts and building look like 1959 America.
Credit: Colin Fisher Credit: Colin D Fisher/CDFIMAGES.COM 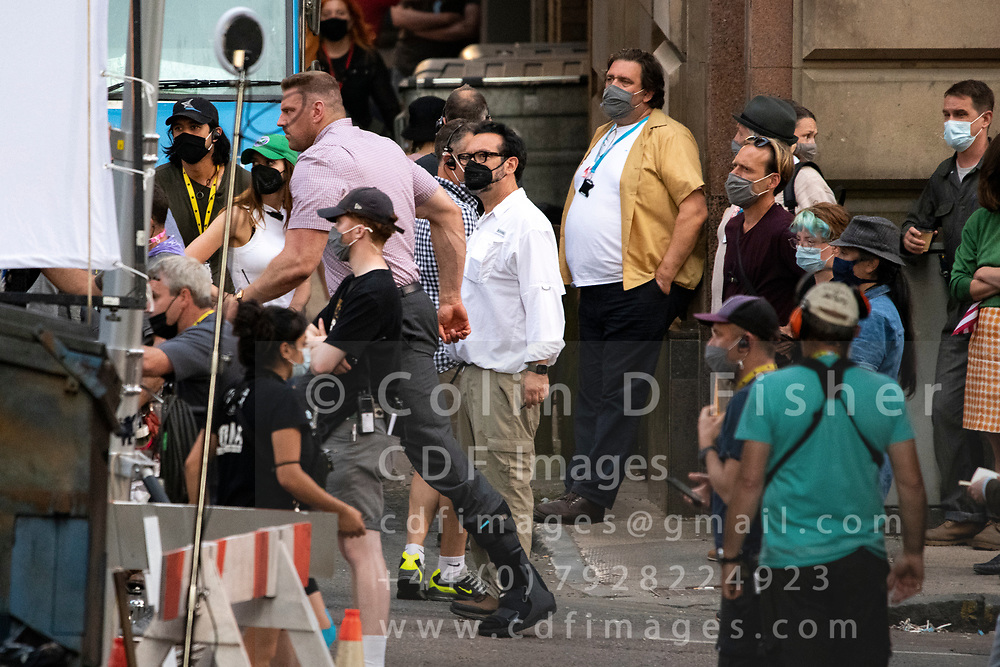