Dumfries, Scotland, UK. 16 April 2021.
PICTURED: George Galloway, Lead Candidate All For Unity Party.
George Galloway comments on Nicola Sturgeon’s Election Manifesto Launch, saying, “It takes a special kind of brass neck, a Nicola Sturgeon neck you might call it, to shower promises of freebies, made possible only by Scotland being a part of the Union and receiving a massive subvention greater than any other part of the United Kingdom, from the treasury in London, to pay for freebies, for votes, that will be used to break up the union, that paid for the freebies in the first place. That’s if you get the freebies. It’s very important to remember all the freebies they promised in the past.” All For unity Party unveil their placard asking voters to vote tactically for the Scottish Parliamentary Election on 6th May.
Credit: Colin Fisher Credit: Colin D Fisher/CDFIMAGES.COM 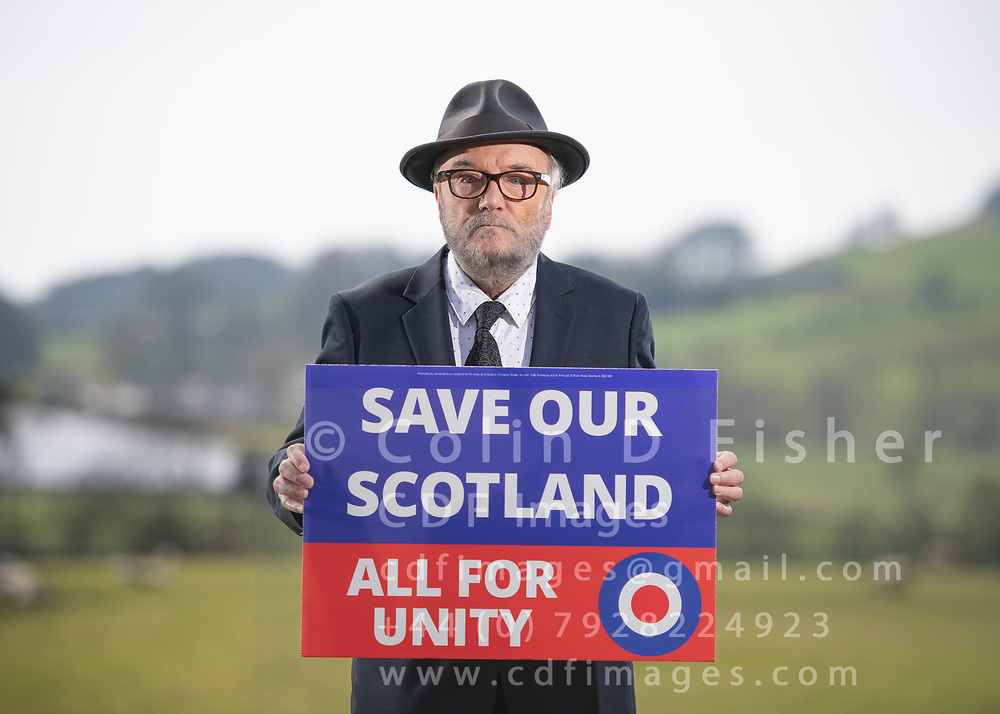